Railroads help form a seamless and integrated freight transportation web in partnership with river ports and motor carriers in Arkansas. With freight rail a key component, intermodal facilities in the Natural State provide access to markets across the U.S. and around the world.

Arkansas's 24 freight railroads operate over 2,552 miles of track and employ 3,083 in the Natural State.* It would have taken approximately 9.4 million additional truckloads to move the 169.7 million tons of freight that moved by rail in Arkansas in 2019. Moving freight by rail prevented 2.2 million tons of greenhouse gas emissions, the equivalent of taking 430,000 cars off the road or planting 33.3 million trees. Nonmetallic minerals and primary metal products make up the majority of freight rail shipments beginning in Arkansas. Intermodal is the largest rail import to the state. 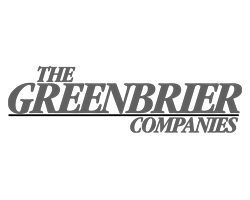